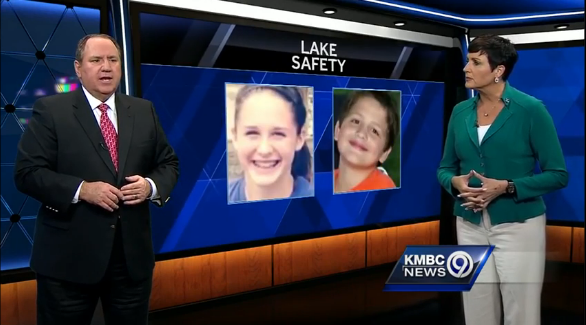 The Lake of the Ozarks is a popular summertime destination in the heart of Missouri, but for one family, it’s a sad reminder of loss.

Alexandra Anderson, 13, and Brayden Anderson, 8, were electrocuted while swimming at the lake on the Fourth of July in 2012.

Their mother is now fighting power and money in Jefferson City in hopes of making every lake safer and preventing more children from dying.

“I heard the most horrific scream,” said Angela Anderson. “I just knew I was watching them die.”

The children received a fatal shock from power on a dock that spread into the water.

“Something needs to change down there because otherwise, it’s going to continue to happen,” Anderson said.

She’s behind House Bill 2067, which demands stricter safety measures, including ground fault circuit interrupter shut-offs installed at the shoreline. The Andersons didn’t have one of the $300 devices that will shut off electricity running into the water.

The bill’s sponsor, Republican Rep. Caleb Jones, said it’s a no-brainer. Before this week, the bill had gone two years without even a hearing.

Behind closed doors, there are talks underway with Ameren, the lake’s owner.

“Any issues we’ve had, they’ve always taken it to their staff and analyzed it and given us answers on whether they could support it,” Jones said.

Ameren wouldn’t respond to requests for comment on its position on House Bill 2607.

Jones said the electric utility has a lot of influence on the issue. KMBC 9 News found that Ameren outspent all other lobbyists in the capital, using $38,000 to woo lawmakers.

“The Lake of the Ozarks is a very safe lake,” said Republican Rep. Diane Franklin.

“Anything is possible when you have electricity and water,” Franklin said.

Ameren said it educates property owners about faulty wiring and dangers at the lake.

“It’s constantly like I’m trying to do what I know is best,” Anderson said. “What I know will save people from this horrible experience that I’m living.”

The Andersons sued Ameren after the children died. The case was dismissed.

“I go on because of them and because nobody – nobody – should live through this,” Anderson said.

The bill would apply to all Missouri lakes, not just the Lake of the Ozarks. Ameren does require new or newly upgraded lakes to have ground fault circuit interrupters, but many docks still don’t have them.